The Energy That Makes a Decor Pop. 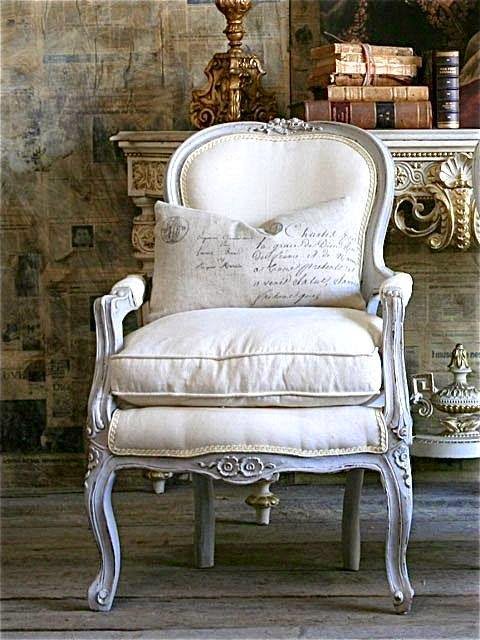 I love this photo and have, ever since it turned up in my FB feed a while back. I am not into newspaper on the wall..or unbalanced 20th century Louis chairs, or  painted Louis chairs for that matter. But this look works.
The whitewash on the chair echoes the whitewashed plank flooring and along with the the aged newsprint, contrasts beautifully with the elegant Napoleon III mantel and quality Belgian linen upholstery.
Even the books on the mantel speak of contrast with some books wearing their leather covers, and others have their covers ripped off. It is contrast that gives a room it's energy.And you can achieve it in a variety of ways. In France, and in the American South, it is not uncommon to pair priceless furniture with pieces of no great value. In my entry way for example, I have a 1700s tulipwood and kingswood table with 24kt  gold  fired over bronze ormolu  mounts. It is one of my favorite pieces. Yet it shares the entry way with a late 19th century demilune that I pulled out of a dumpster behind a row of antique shops which I spied  one day while walking the dog. It sounds horrific but the two tables have always looked good together. The slight tension they create is the energy that draws you in.
I believe that this tradition of pairing the important with the unimportant arose in both France and the South due to war. The American South enjoyed prosperous times until being decimated by the Civil War. And France suffered from a Revolution and two World Wars. (I am still surprised at how many French chairs seemed to survive the war.)And while this tradition may have developed out of necessity it creates energy in a room. The trick to using contrast is that they must be different but similar. For example, different textures, but the same color, Different color, but the same size and shape. Subtle contrast is best. I often pair glass table candelabra adorned with crystal prisms, and quartz crystal geodes. And I have a 21st century chair by French designer Phillipe Stark sitting on an antique bearskin rug . The glossy chair contrasts with the shaggy rug but it works because they are the exact same shade of black.

If you haven't introduced some subtle contrast into your rooms, try it. It may be just what the room needs to wake it up.

By Deb
Bird keeping is an ancient art. Long before the Spaniards invaded Mexico, Macaws were being bred as pets and the Japanese were cultivating beautiful songbirds. But of course it was the French, during the time of Louis XIV that brought bird keeping into popular culture. These birds all needed housing and the variety of cages designed for them is as varied as our own homes. From the Baroque... ..to primitive... ..whether for decor impact, or for keeping live birds..  beautiful bird cages, with their airy design adds ambiance to every space they grace. It is no surprise that they are the darlings of decorators around the world. If you love bird cages as much as we do, we offer this gilded cage currently on Chairish. https://www.chairish.com/product/286472/gilded-birdcage  or click our icon in the right hand column. A stunning home for a pair of Java Temple Birds, Finches or Canaries. Until next time..
1 comment
Read more 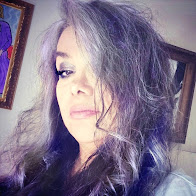